The store will not work correctly in the case when cookies are disabled.

Laings specialises in purchasing and selling pre-owned watches. With a large selection of luxury brands, the collection is a treasure trove for watch lovers to behold. Laings Pre-Owned Manager, James Crawford, has carefully selected three of the collection’s most incredible timepieces for you to explore. 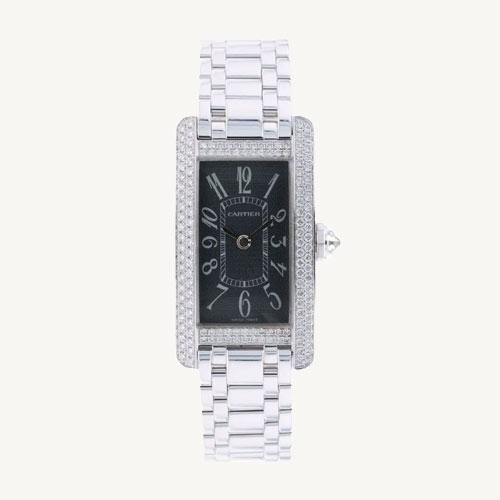 Pre-Owned Cartier Tank Americaine
The Tank Collection by Cartier was first created in 1917, taking its name and design inspiration from the tanks of the first world war. The Tank Americaine was launched in 1989, to celebrate the American allied forces during the world wars, later followed by its sister families the Tank Francaise (France) and the Tank Anglaise (England). This stunning example is crafted from 18ct white gold, with the bracelet design taking its form of a tanks wheel tracks. The case is adorned with a double row of set diamonds, providing an abundance of luxury and sophistication to this top pick. The navy-blue dial featuring Arabic numerals is elegantly finished with a guilloche design, giving the textured dial a three dimensional feel. Make this your new dress watch, for the biggest of occasions. 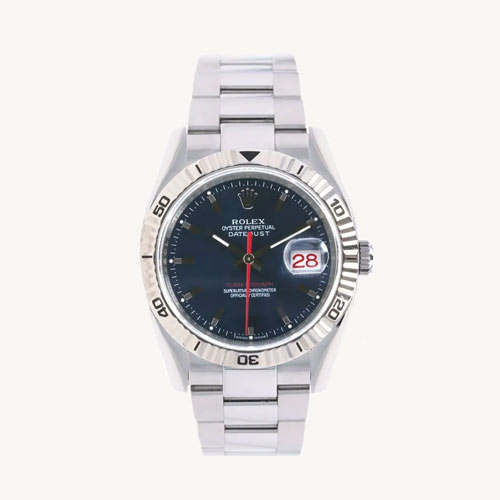 Pre-Owned Rolex Turn-O-Graph
The perfect blend of Rolex sports and dress watches, the Datejust Turn-O-Graph has the visual appeal of the classic Datejust model but comes with a uniquely designed rotating fluted bezel. The 36mm case, steel oyster bracelet and white gold fluted bezel, marry together perfectly, giving this top pick, the undeniable appeal of a Rolex classic timepiece. The sporty aspect is highlighted through the turning bezel, combined with a stunning navy dial with white gold baton indices and a striking red second hand. This contrast in colour makes this watch stand out on the wrist, even in it’s modest sizing. The last unique feature and a reason this watch is often picked out of a line up is the ‘roulette’ date wheel. Odd numbers are displayed in red while as even numbers are displayed in black.

Pre-Owned OMEGA Dark Side of the Moon
Years of history and heritage have cemented the OMEGA Speedmaster collection’s place in watchmaking history amongst an ocean of rivals. The brand continues to evolve the limits of creation, producing this 2019 top pick in a full ceramic case, measuring a generous 44.25mm. This dark black material shines strong and has scratch resistance properties, whilst the dark matte black dial provides a stealth-ness to this gents’ sports wristwatch. A complete set with the original box and paperwork, this watch is the perfect timepiece when you’re looking to bring out your dark side.

"Our Laings Pre-Owned selection of luxury timepieces, to be enjoyed time and time again. We specialise in the procurement and selling of the finest Swiss watches. A variety of brands and collections await you as you start your Pre-Owned watch journey with Laings."

Discover our wide range of Pre-Owned watches, including a selection of luxury brands such as Pre-Owned Rolex, Pre-Owned Cartier, Pre-Owned OMEGA and many more.