The History of Jewellery

Beautiful pieces of jewellery have long been forms of personal expression, and throughout the years the essence of jewellery has not really changed. Here we explore the history of jewellery, looking at the earliest forms and how these precious pieces have evolved over time.

The history of jewellery is a long one, and we were wearing handcrafted items hundreds of years ago. Whether these pieces were markers of status or were sentimental items filled with emotion, there’s no doubt that jewellery has always held a certain allure and charm.

Jewellery was one of the first forms of personal expression and the earliest people were known to use shells, stones and bones to create adornment to wear. Each item was chosen for its beauty, a sentiment that hasn’t changed today as we adorn ourselves with beautiful gemstones. They were often thought to protect you from danger or say something about the wearer. Special pieces could act as trophies to bring luck on the next hunt, as well as showing your personal prowess. Similarly to today, you can think of them as marking achievements and landmark moments, acting as an emotional talisman. Jewellery has always been so much more than an object. 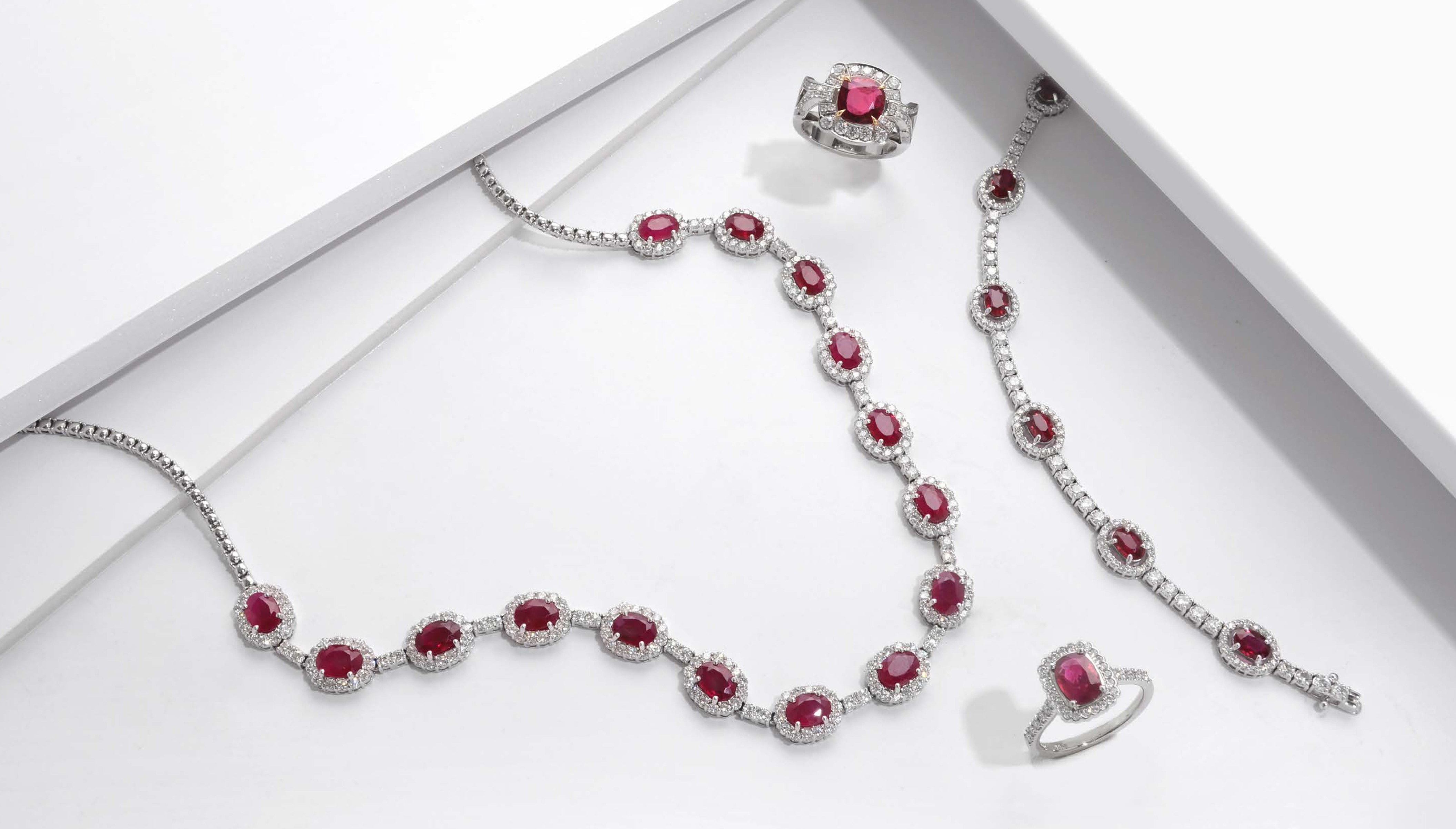 Different cultures then began to use jewellery for varying uses. The first signs of more established jewellery making can be found in Ancient Egypt. Here they favoured the luxury of gold, and jewellery making had already become a craft. It is at this time that you can see the beauty of jewellery, along with the decadence and opulence of pieces come to life.

The Ancient Greeks were using gold and gems as far back as 1600BC, crafting elaborate pieces using fairly sophisticated techniques. Their skills can really be seen in the ‘Gold Olive Wreath’, modelled on the wreaths that were given to winners of the Olympic Games. Jewellery pieces were often thought to ward off the ‘evil eye’, and similarly to today, they were often given as gifts.

In Medieval times jewellery became incredibly hierarchical. Royalty and nobility would wear silver, gold and precious gems, with coloured gemstones being highly-prized. In the 14th century, there were even laws that forced people to only wear jewellery that reflected the land they owned and their social status. However, it was in 1477 that jewellery took the romantic turn that we recognise today and the first engagement ring was given. Austrian aristocrat, Archduke Maximillan, proposed to Mary of Burgunday in 1477 with a ring that featured diamonds in the shape of the letter ‘M’. European nobility picked up on this gesture and a tradition began. 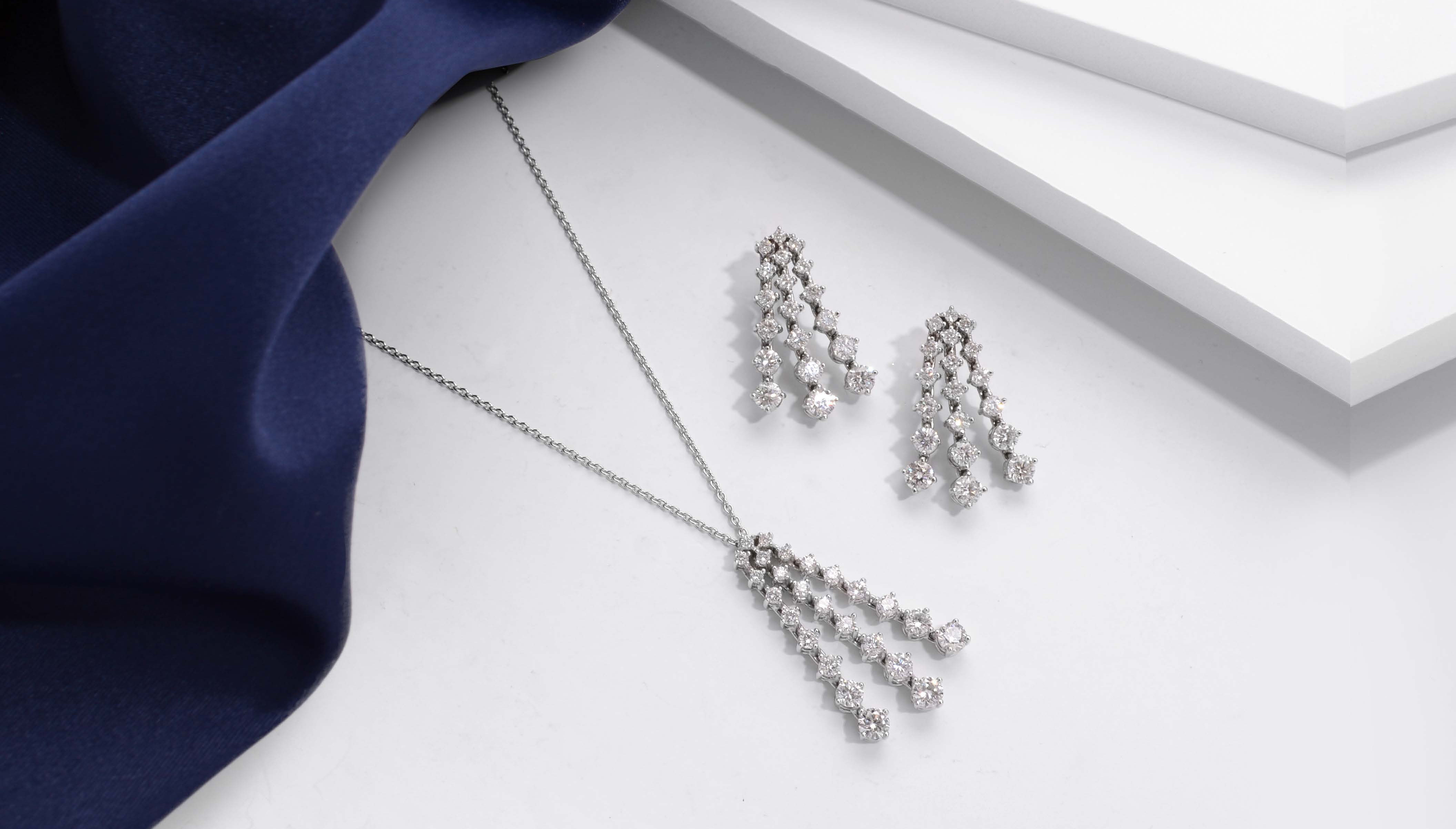 From here jewellery making flourished and we can see more of the intricate craftsmanship, that’s apparent in pieces today come to the fore. The Renaissance period saw jewellery lovers wearing baroque pearls, shaped into intricate ships and mythical creatures. In this time we also see more gemstones become widely used, and diamonds came into their own in the 18th century.

As we move into the modern era of jewellery we see glamourous and elaborate pieces that are filled with opulence and decadence. However, we also see simple, yet beautiful pieces that mark important moments in our lives. Throughout history, the very essence of jewellery hasn’t changed. We still want to showcase the beauty of the natural elements, be that shells from ancient times or the cut diamonds that sparkle today. Jewellery also still allows the wearer to express themselves, be that with a diamond ring that symbolises an enduring love, or a statement-making piece that gives you confidence. Jewellery holds a never-ending story that we’re sure will continue to enchant for many years to come.