The History of Valentine’s Day

Valentine’s Day is the most romantic day of the year. Cards are posted, presents are exchanged and declarations of love are heard all over the world. But where do these traditions stem from and how did Valentine’s Day begin?

Falling on February 14th every year Valentine’s Day is a time to show someone special just how much they mean to you. At Laings we have a glittering array of VALENTINE’S GIFTS, whether it’s a sparkling pendant to say ‘I love you’ or the ultimate declaration of love, a diamond ring, they’re gifts that your special someone will fall head over heels for.

But where does the tradition of Valentine’s Day come from?

Valentine was a priest who served in Ancient Rome and many historians believe that he is the inspiration behind the romantic day. During the third century Emperor Claudius II outlawed marriage, as he believed that unmarried men made better soldiers. Valentine believed the ruling to be unjust and performed weddings in secret for young couples, keeping love alive in ancient Rome.

His actions were discovered though and he was sentenced to death on February 14th. However before his death it is thought that he fell in love with the jailers daughter, writing her letters signed ‘From your Valentine’, beginning an expression that is still used today. His heroic actions to promote love above all else are remembered as we celebrate Valentine’s Day. 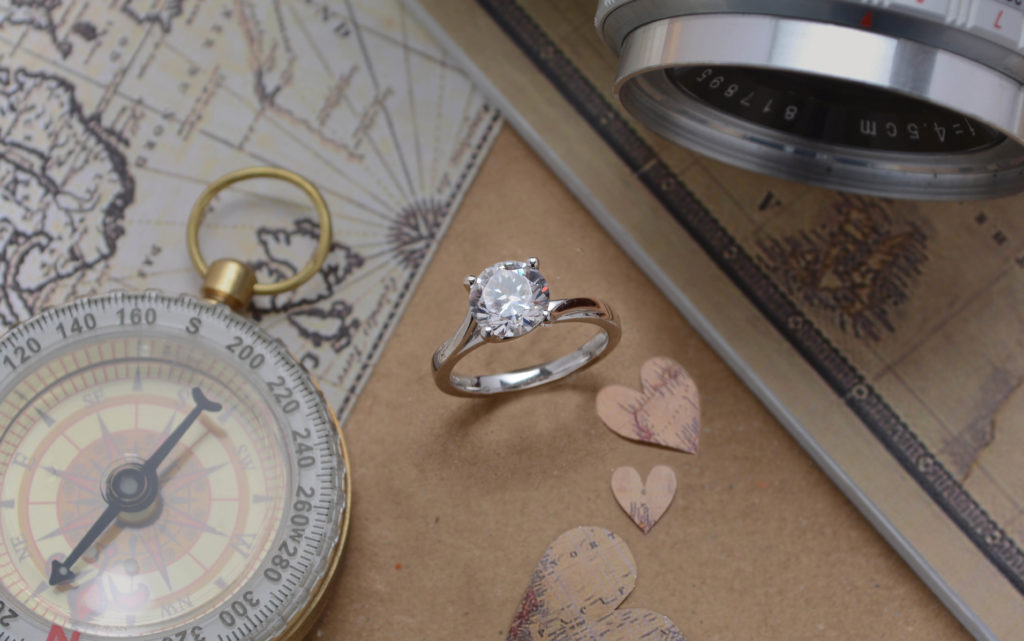 In the Middle Ages February 14th was thought of as the first day of Spring and also marked the beginning of birds’ mating season. Geoffrey Chaucer noted it as a romantic day in the calendar in his 1375 poem, Parliament of Foules.

“For this was sent on Seynt Valentyne’s day / When every foul cometh ther to choose his mate.”

Written Valentine’s began to appear in 1400 and the oldest known Valentine’s poem dates back to 1415. Charles, Duke of Orleans wrote the romantic words to his wife when he was imprisoned in the Tower of London. Henry V was also known to have hired a writer to help him to compose Valentine’s notes!

As time went on Valentine’s Day became a more popular celebration in the 17th century. People started to exchange tokens of love and handwritten notes. This then developed into Valentine’s cards, which are still given out today.

Whatever Valentine’s Day means to you it’s a wonderful excuse to show those you love just how much you cherish them.